On the Wednesday morning I travelled downtown to try to find the one building I really wanted to see during my visit to Boston. I'd read about the Steinert Music Hall in a book I had chanced across when researching buildings, but there was very little written about it and even fewer pictures of it in its current state - so, I set this to be my main project for Boston.

The building housing the Steinert Music Hall, found at 162-168 Boylston St. (just opposite Boston Common) was built in 1896. Its six-story facade consists mainly of Indiana limestone. The 21,000 sq. ft. of the first to third floors is occupied to this day by M & Steinert & Sons as a showroom for their pianos and organs and other choice instruments stocked. 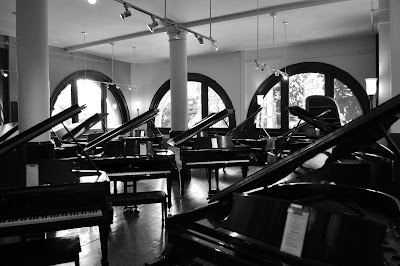 Second-floor showroom: M Steinert & Sons (I calculated over $1.5m of pianos on the second floor alone)


After taking a few shots upstairs in the showroom I was called back down to the store where I was introduced to Coleman, the building's maintenance man, who'd agreed to let me into the Music Hall.

The Hall itself lies 35ft below Boylston Street and in its day seated over 650 people over two floors (one a balcony) and in its four proscenium boxes. On completion the elliptical Hall was decorated in an Italian Renaissance style, with a panelled 7ft dado around all walls. Above this were six panels (still in existence), three on each side, bearing the names of Bach, Mozart, Schubert, and on the left Schumann, Beethoven, and Haydn.

I was led by Coleman firstly to the balcony overlooking the Hall with the stage in the distance at the south end. Coleman went down below to turn on the lights, and when the room was lit the wonderful little hall revealed itself in all its glory. 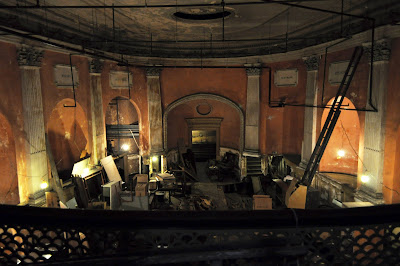 Steinert Music Hall: the view from the North Balcony looking towards the stage

The contrast between the 2nd floor showroom filled with its $100,000 grand pianos and the dilapidated Music-Hall come piano-graveyard was stark. With all but a few of the original chairs and benches removed, the Hall was used as glorified dumping-ground and store-room. Broken pianos, large wooden transportation crates, old toilets, boxes, cabinets, amongst other items of bric-a-brac lay strewn around its magnificent floor. 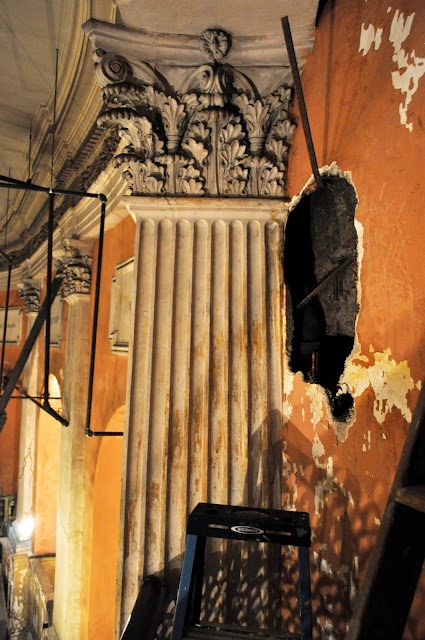 One of the six fluted pillars, decorated with a frieze of acanthus lead and honeysuckle adorning the Steinert Music Hall's walls


Despite being in a bad state of disrepair much of the original plaster, stonework and paint survives, which the top balcony provided a perfect vantage point to inspect from. 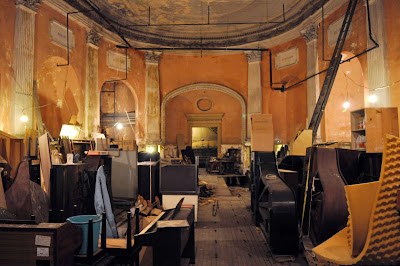 Landscape shot of lower hall, South, towards the stage

I followed Coleman down the double staircase into the main Hall itself. The light was mellow and provided an opportunity for some longer exposure shots to capture the mellow glow from the reddy-orange, flaking paint. 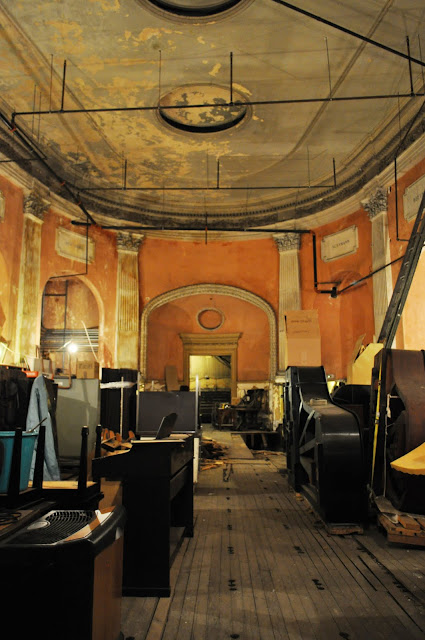 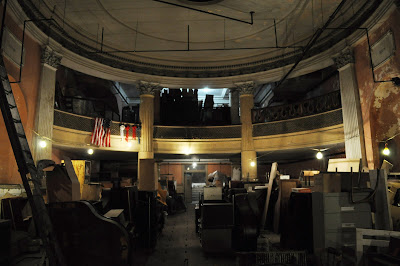 The view North, from the stage towards the entrance hall and balcony

I must have spent around 3 hours in the Steinert building, and I felt like I barely scratched the surface - and this rushed entry does little justice to my experience there. Needless to say it was an immense privilege to be one of the few photographers who have been lucky enough to experience the beauty of Steinert Hall. It concluded my stay in Boston city, and made every minute there worthwhile.

I've gone on long enough, and I'll leave this post with a few more choice shots of interest. 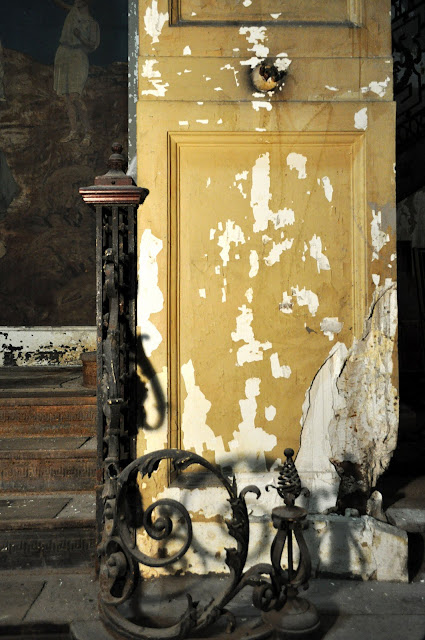 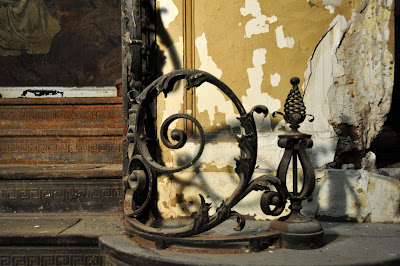 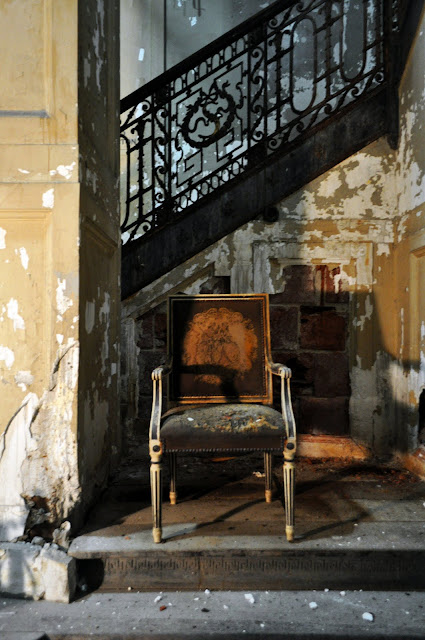 An original chair next to the cloakroom door
Posted by greiglamont at 11:23 AM